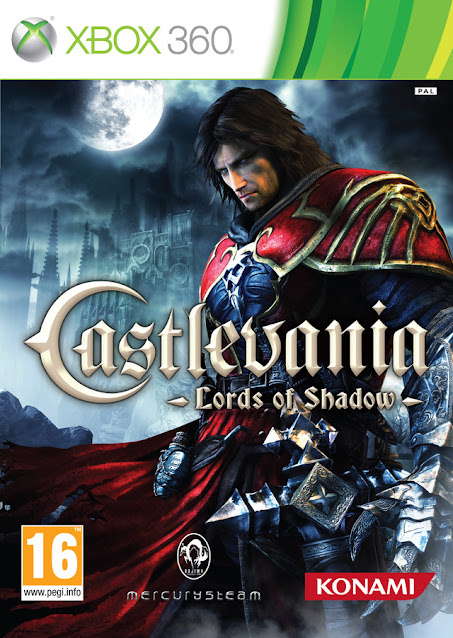 Castlevania: Lords of Shadow was originally unrelated to Castlevania, part way through development the game had the Castlevania name shoehorned onto it. It is hard to argue the game is not very good, but as a Castlevania game it is abysmal having virtually no recognisable features.

You play as Gabriel Belmont. The world has been plunged into darkness, the people think that God has abandoned them as evil rules the lands. After the murder of his wife Gabriel sets out on a quest for the Brotherhood of Light to defeat the Lords of Shadows, as well as to find a magical mask said to have the power to bring the dead back to life. Along the way he learns a lot about the world, and his role in it. 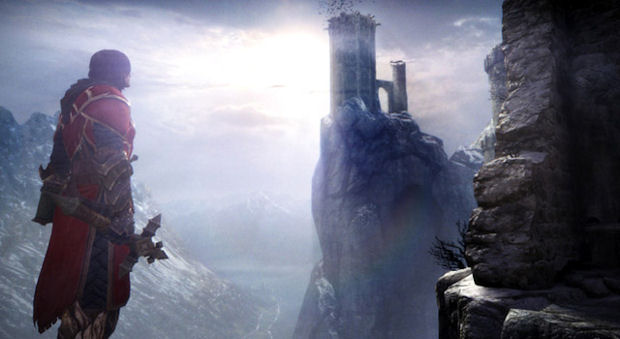 There are a lot of famous voices in the game. Gabriel is voiced by Robert Carlyle, while Zobek his friend, and the games narrator is voiced by the legend Patrick Stewart. Voices on the whole are good, there are quite a few cutscenes throughout the game, perhaps due to Kojima's help on the game (the creator of the Metal Gear games infamous for their long cut scenes). There are three Lords of Shadow. One is the ruler of the werewolves, one is the leader of the vampires, while the third is the Lord of the Dead. The story is kinda basic but well done, and had me welling up by the end of the game. One complaint is that each level begins with a narration by Stewart's character on how messed up Gabriel is getting, and how mean, angry and violent he is becoming, yet this is not reflected in the game, Gabriel who seems his usual gruff self but not a man living on the edge at all.

There are lots of monsters in the game. The first third of the game mostly sees you fighting werewolves in jungle ruins and swamps of a long lost civilisation. The middle section of the game sees you pitted against mainly monster like vampires around a vast castle in snowy mountains, while the last part sees you fighting zombies, and spectres in the wastelands of the dead. As well as these are variety of other monster types make appearances such as trolls, wargs, goblins, ghosts, and even chupacabras put in an appearance. 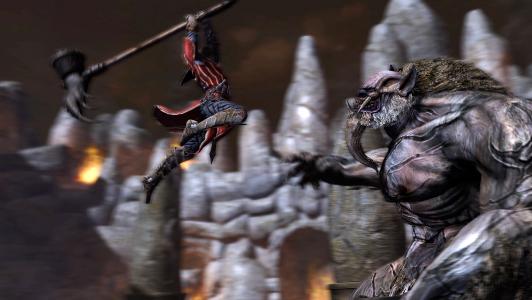 Bosses are quite frequent, and also quite varied. A few are even Shadow of the Colossus style; huge beings who you must climb to find their weak spots and destroy them. Nearly all the bosses require some skill to defeat, and encompass everything from machines to knights, and of course the Lords of Shadow themselves.

Gabriel uses a crucifix on a chain as his main weapon.  A weapon very similar to Kratos chains (from the God of War series). The game is very similar to God of War in style, such as quick time events and button mashing, but unlike Dante's Inferno this game feels more separate from that, and stands well on its own. Gabriel gains experience from killing enemies and solving puzzles that can be used to purchase new attacks, and moves. He has access to both dark and light magic as well as to secondary weapons like vials of holy water and throwing daggers that can be upgraded. The game is level based, and as you unlock new abilities you can replay old levels to get items you may have missed such as health and magic power ups. 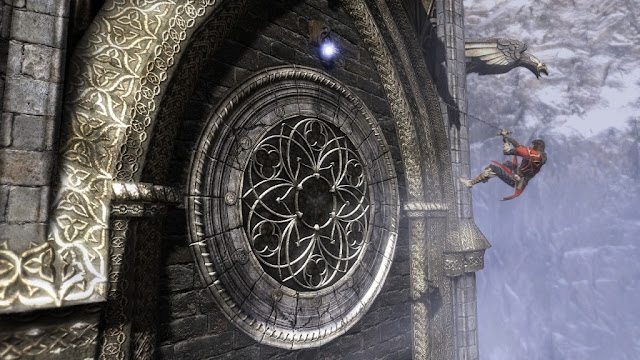 Now for the Castlevania references. The music is very epic in a Lord of the Rings style, and is certainly empowering, but nothing like the Castlevania soundtracks of any of the previous games. The only time you hear proper Castlevania music is from an old music box in one of the later levels. The monsters are mostly completely separate from previous ones. They may share some similarities but look and act totally different. Names of old series staples seem to have been shoehorned into the game, such as Brauner who appears as a lieutenant for the Vampire Lord, Gabriel being a Belmont, and the hideous inclusion of Dracula. Lament of Innocence on the PS2 gave Dracula's origin story, and was quite well done. The tacked on Dracula origin story is completely different, and is really lame. That's about it for Castlevania references in this game. Of course the chain whip is called the Vampire Killer. There is a very subtle funny nod to Metal Gear Solid in one level, while another provides a completely out of place Portal reference that makes utterly no sense whatsoever.

The game is very long, took me around ten to fifteen hours I think, for an adventure brawler that is a long game. Plenty of replay value. It looks and sounds amazing, and is lots of fun. It just really sucks that it is such a terrible Castlevania game. Ignoring that fact, Castlevania: Lords of Shadow is still a damn fine horror based game, and well worth playing.

Posted by Daniel Simmonds at 06:31