Davide Melini is an Italian filmmaker whose credits include being the assistant director on Dario Argento's 'Mother of Tears: The Third Mother'. He has also created a couple of short Spanish horror films, the first of these is 'The Puzzle'. 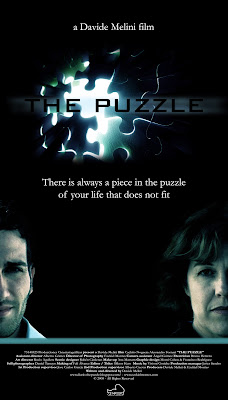 After an argument over the phone with her son a mother settles down to do a new jigsaw puzzle to take her mind off events. As the night draws on her home comes under attack and it is with horror that she discovers the puzzles true picture...

The acting was not great in this short 4 minute film but then it was filmed in one day with a budget of 300 Euro's.  The twist ending is worth the watch for, I had tears of fear streaming down my face at the end. (for what ever reason short horror films are my Kryptonite, they scare me so much usually!). With pretty much zero dialogue the film still manages to create an aura of vulnerability for this lone woman, and the soundtrack only adds to the experiance leading up to the shocking end.

Now for the main course: The Sweet Hand of the White Rose that clocks in at just over 16 minutes. I must say that both these short films have won awards. If you like these then feel free to check out Davide Melini's blog. 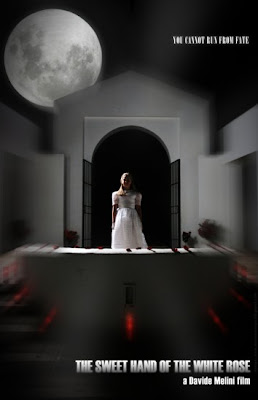 A man is driving home after having an argument with his girlfriend.  Also going home is a little girl on her bycycle. The enevitable happens and the man finds himself living a half life. Wracked with guilt over the girls death he goes to her crypt to pay his respects and beg forgiveness...

This film is much less horror orianted and more of a gentle ghost story, the ending in particular is surprisingly sad, if a bit cheesy. Not a bad soundtrack, but the voice overs of the main characters are badly acted, with it being a Spanish made film I am not surprised though.  A much bigger budget than The Puzzle, and with an important message to impart.

Posted by Daniel Simmonds at 09:20