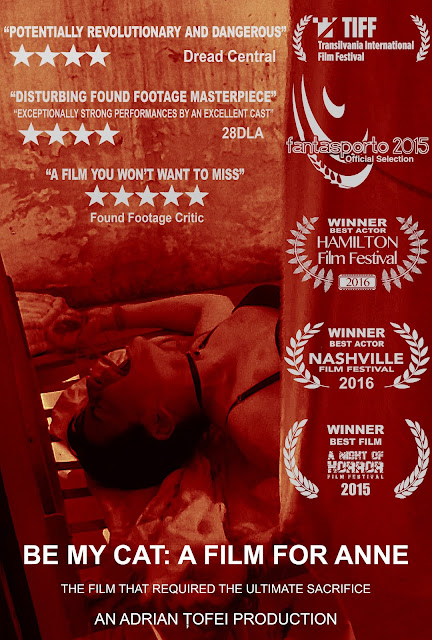 Be My Cat: A Film for Anne is Romania's first ever found footage horror movie. Nowadays the whole found footage genre is a bit of a put off for many people, over the years the genre has been literally swamped with seemingly never ending numbers of films due to the ease and relative cheapness they can be made. As such Be My Cat is not going to be a movie for everyone, regardless I am very impressed with how this has been made.

Adrian Tofei stars as Adrian; a small town simpleton who after watching The Dark Knight Rises has become obsessed with the actress Anne Hathaway. He decides to make her a movie that will demonstrate his acting and directorial skills so that she will fly to Romania so he can film with her. To help with this he hires three local actresses, but unknown to them his methods are to be more dramatic than they expect, something that can be inferred with the introduction that states the footage about to be shown was pieced together by the police from the Be My Cat crime scene. 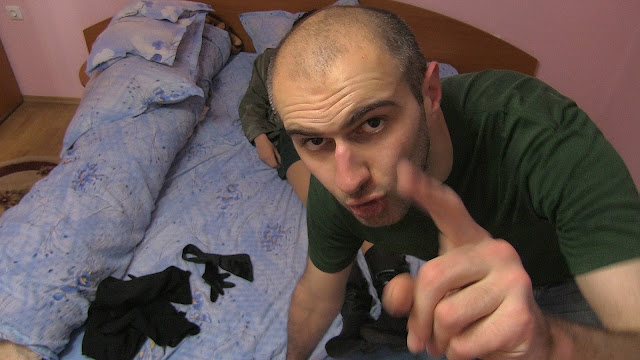 Adrian directed, wrote, produced as well as starred in Be My Cat, he really threw himself into the fictional character of Adrian, the film was shot entirely by himself with no film crew on hand, he stayed in character constantly, and tried wherever possible to only do one take for each scene. This is all impressive stuff, especially when he is such a good actor. This may be a low budget horror but Adrian never once comes across as anything but legitimate, he doesn't over act, he keeps character constantly. His is a crazy character, obviously with some mental health problems, he is intense at times but also very dorky and strangely endearing. It was refreshing to see a bad guy who doesn't have the slightest idea he is the bad guy, he is completely oblivious to any wrong doings, a sort of child like believable innocence that makes him seem so real.

What also makes Be My Cat so interesting is that the core concept is a film within a film, everything we see is relevant to what Adrian is making for Anne, he often talks to her as if she is watching, and narrates what he is about to do and his reasons for doing it. This even feeds into the ending which is purposely vague due to him stopping filming when what he needed to do is done. With this being meant for an American actress this immediately explains why he is talking in English, a cool way to get around the fact that Romanian would have been the language otherwise. He gets the actresses in his film to talk in English, explaining whenever he is filming they need to do this. This also leads to some of the dark humour that Be My Cat shows at times, such as the fact that he has told everyone in the neighbourhood he is filming a horror film so to ignore any screams. At one point he is interrupted in the middle of doing something quite incriminating, but after he explains it is all acting they leave satisfied, pretty funny. 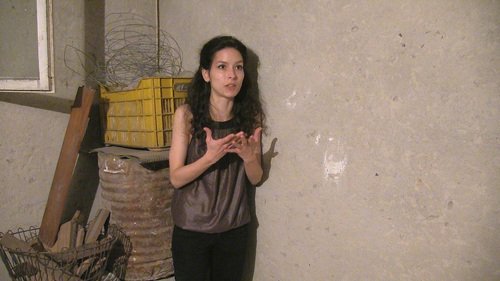 The film does follow some of the conventions of the found footage genre quite strongly. As such despite some editing there is plenty of dead air time when things are happening and feel quite natural but they are not very exciting to see. This is a fallacy of the genre, there was no real way around it but this did lead me to getting slightly bored at times. Also being low budget some of the few special effects are not very realistic and led to losing some immersion, a scene involving blood in particular lacked impact. Regardless of that it does feel at times kind of realistic, I'm pleased to see Tofei has won awards for his performance as it is well deserved.

Be My Cat is a fantastic found footage film, with some fantastic acting, even better than Creep, but it is that same genre that means this is not going to appeal to everyone as there are a lot of familiar beats. The whole concept was very well done with Tofei's performance elevating this above the norm. Be My Cat: A Film for Anne releases on Vimeo On Demand on 5th December. It is to be released on Amazon Video, Prime and DVD January 2017.

Posted by Daniel Simmonds at 15:28