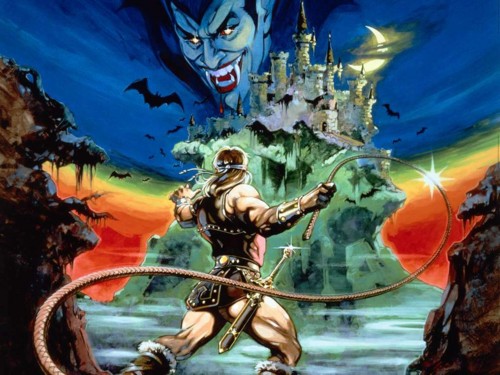 Welcome to the second part in an intimate look at the key characters of the platforming juggernaut 'Castlevania' (part one can be seen here).

A most overlooked part of the Castlevania games is in fact the castle; Castlevania itself! This structure is another ally of Dracula. It is the physical embodiment of chaos. This is most explicitly revealed in 'Aria of Sorrows' when Soma Cruz travels into Castlevania's psyche, and discovers at its centre the being of Chaos. Once this monster is defeated the castle collapses.

Usually it is Dracula's demise which triggers the manifestation of chaos to collapse in on itself, no longer able to be sustained. 'Aria of Sorrows' is different in that Soma himself is the reincarnation of Dracula, so to destroy the castle, the core of it had to be destroyed. The castle is always seen to evaporate into the sky, this is because it is not so much collapsing, as ceasing to exist.

The reason the layout of Castlevania changes so drastically from game to game is thus easily explained. As the embodiment of chaos the castle is obviously going to not remain constant. Despite this, many areas of Castlevania do reappear in each manifestation. The entry halls, the underground catacombs, the clock tower, Dracula's throne room - these areas nearly always appear each time, though with the exception of Dracula's throne room they all appear with different layouts each time.

A notable exception to this is in 'The New Generation'. In this game you play one of two characters; either John Morris, or Lecarde. They are chasing Elizabeth Bartlett around Europe as she attempts to gather the necessary tools to resurrect Dracula. Each location she travels to is warped into a monstrous version of itself (such as the leaning tower of Pisa of Italy, and the Versailles palace in France) This is either because as a relative of Dracula she is able to summon chaos wherever she goes, or that she is actually carrying the unresurrected remains of Dracula with her, and as such merely his presence is creating the manifestation of chaos.
Posted by Daniel Simmonds at 09:10