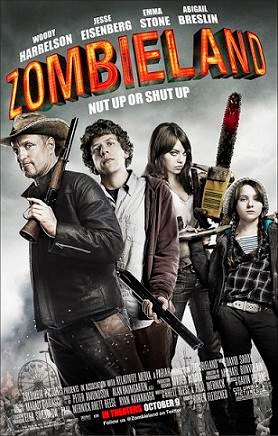 Last night I saw Zombieland at the local cinema. Of course I was expecting it to be good as it had zombies in, and it was good, and very funny.


Basically a zombie apocalypse has happened, most of the USAs population are zombies, there are only a few survivors left. The film starts with a geeky loner kid called Columbus explaining the rules he follows which kept him alive, rules such as 'Don't be a hero', 'always check the back seat', and 'Double tap' (eg: shooting a zombie for a 2nd time after it seems to be dead). He is heading to his home town to see if his parents are still alive when he meets a cocky hard man whose on a desperate quest to find a Twinkie before all the Twinkies left in existence are out of date. Pretty soon these two meet up with 2 girls who are heading to an Amusement park. 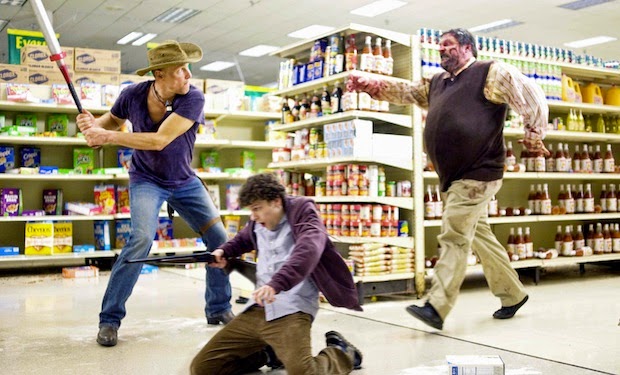 Though obviously a zombie movie, it has a feel of a road trip movie a lot, it brought to mind Dumb and Dumber a lot to me. There is constant humour throughout, and in places it is hilarious. The geek and the hard man are a real funny combination and play well off each other.

For vast patches the zombies are absent, they only seem to really turn up when the plot calls for it, which makes it seem less real, but then it is a comedy, so reality isn't really at the top of the agenda. The film works really well, and a really funny guest appearance which was totally unexpected. Left the cinema with a warm and happy feeling, a feel good film!

Posted by Daniel Simmonds at 09:06