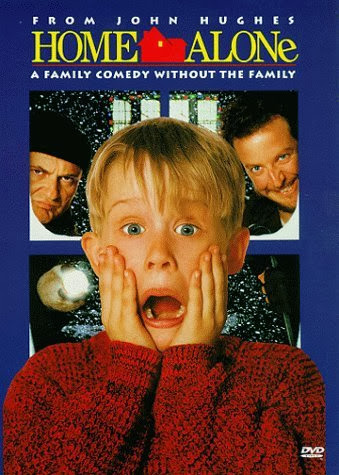 Upon release in 1990 this was dubbed a family comedy due to an error at the production company. It instead was supposed to be the main charge in a resurgence of home invasion films along the lines of The Last House on the Left, The Purge, and The Strangers but with a 90's twist. Heavily edited from its original 18 certificate to appeal to a broader audience it is still nonetheless a gruelling ride.

Macaulay Culkin stars as Kevin McCallister; a young eight year old boy who is accidentally left home alone when his neglectful family go on holiday without him. This coincidentally coincides with the arrival of two hardened criminals who are in the area to rob the neighbourhood, though their obsession with the McCallister's house is actually due to being hired by Kevin's parents to assassinate him (a subplot cut out entirely for the PG rated cinema release). When the home invasion starts the twist happens; rather than an hour of the criminals brutally terrorising and torturing the young boy as expected you instead discover that Kevin is a sick, psychotic deviant who relishes in the game of pain he unleashes on the unsuspecting duo. 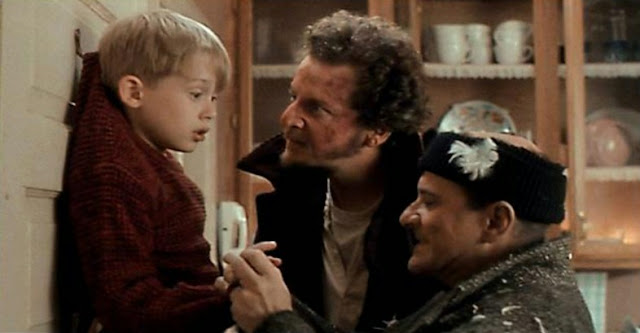 To begin with Home Alone may not seem like horror, yet the final third is the jewel in the crown and really unleashes the violence, leading me to vomit once or twice with fear I am not afraid to admit. Long before the likes of Saw and Hostel came around John Hughes (the writer) managed to blend elements of the so called 'torture porn' horror sub-genre with home invasion to sickening effect. Nails inserted into the skin, heavy blunt object trauma, gunshots (fun fact the BB gun used by Kevin in the PG version was originally supposed to be a 12 Gauge Shotgun) and all ends (spoiler alert) with the burglars actually biting off all of Kevin's fingers in a protracted ten minutes slow-mo sequence set to the music of Kate Moss, before they are bludgeoned to death by the local serial killer; Old Man Marley (The South Bend Shovel Slayer) and their remains mummified in his salt bin.

Out of interest the sequel Home Alone 2 is based on the ending to the PG version, and not the R Rated version. Now some of this may be a bit of lies but in reality Joe Pesci and Daniel Stern as the 'bad' guys were known to swear quite a lot during their scenes, and also Pesci did bite Culkin's finger hard enough to scar it, so there is some evidence to suggest that the 18 rated version still exists out there somewhere still to this day, a closely guarded secret by all involved.

Posted by Daniel Simmonds at 04:44

wasn't it directed by Chris Columbus?

Well spotted! I meant John Hughes wrote it, I have now corrected that, thanks :)