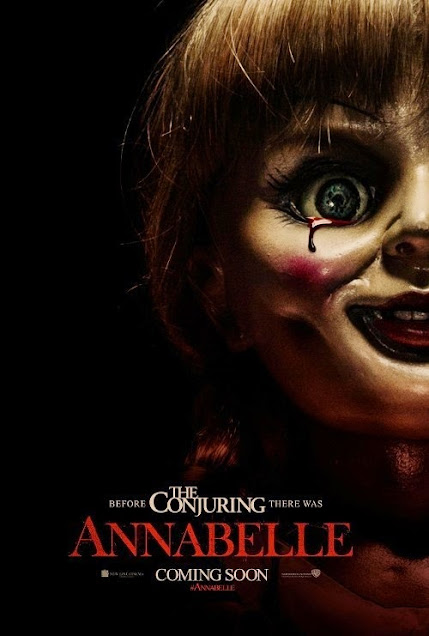 Annabelle is kind of a prequel to The Conjuring, is set in the same film world anyway. The best part of that film was an unsettling tale told by Ed and Lorraine Warren about a creepy possessed doll that haunted some students. Now this is not that story but actually the story of the owners of the doll previous to those students. Apart from a brief clip from The Conjuring of the students being interviewed by the Warrens this is completely unrelated.

Set in the 1960's, doctor to be John Gordon (Ward Horton) and his heavily pregnant wife Mia (Annabelle Wallis) get their home invaded by two crazy cultists. The police arrive in the nick of time and gun down one of the invaders, but the other one; a young woman, barricades herself in the couples nursery and by the time the police break down the door she has committed suicide, her blood dripping onto a creepy as hell doll John had recently gotten his wife (who collects the hideous things). Soon after mysterious goings on start to happen. Appliances turn themselves on, objects move of their own accord and then a fire breaks out. John and Mia along with their new born child  move to an apartment thinking that will be the end of their troubles but things start to get a lot worse; maybe something to do with the spooky doll that they just cannot seem to get rid of... 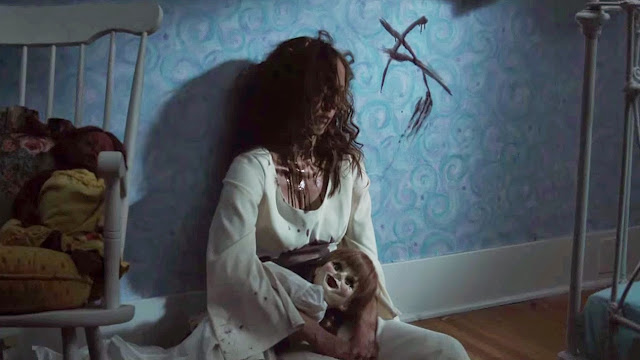 I wanted a scary film about a creepy possessed doll. From the trailer and from the poster for Annabelle I thought this was what I was getting, maybe something kind of like Chucky from the Child's Play series, but alas no. I am sick to the actual back teeth of these damn demonic haunting films, from the amount of them out there you would think that every other household in America is possessed by one kind of demon or another. Let's see what's on the checklist - people being dragged around by invisible forces, objects moving on their own, lights turning on and off, strange noises, and a husband who conveniently seems to be absent whenever these things occur making the woman seem like a nutter.

The key focus of the film should have been on that doll, it is after all an extremely disturbing thing even before it gets possessed. While it does get plenty of screen time it doesn't actually do anything, you never see it move, so many times the camera focuses on the doll and I fully expected it to blink or move or anything, it even has an identical end to The Conjuring where you expect something only to be disappointed. Instead the antagonist is something that must have been on holiday from the Insidious world and while I was quite afraid at some points, for the most part I was bored. 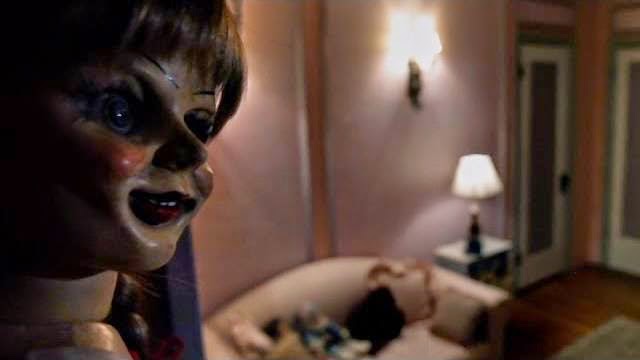 The plot is nothing new at all and Annabelle has far too much lead up to anything exciting with barely nothing happening for the first third and too many long conversations about tedious nothing. The finale was so predictable and so cheesy that when a 'heart wrenching' twist happened, me and a random guy I was sat next to both laughed out loud at the stupidity of it all.

Annabelle was a total misfire, I'm sorry to go on about it but I feel misled and don't want to you to feel the same if you decide to watch it. I just was hoping for a film about a creepy doll and I did not feel that was what I got.

Posted by Daniel Simmonds at 02:00