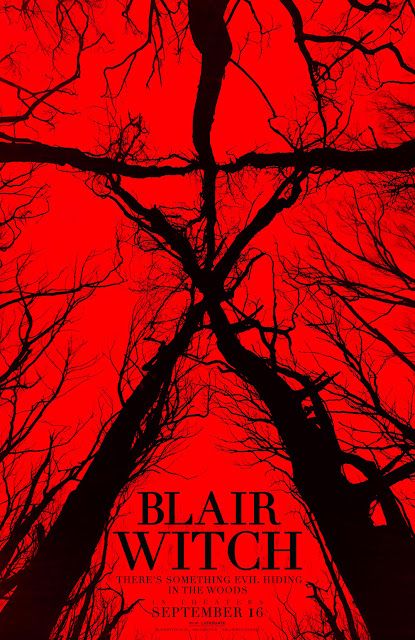 With the shock announcement of the third Blair Witch film a few months back I got quite excited, even the trailer looked good, yet in the days leading up to me going cinema to watch this I had heard nothing but bad things about it. The Blair Witch Project propelled the (now) much reviled found footage genre into the mainstream and so it made perfect sense that Blair Witch too would be from that sub genre of horror. Now Book of Shadows: Blair Witch 2 is one of my favourite horror films of all time, but this is in no way a sequel to that, it doesn't even reference that classic, instead this follows on from the story of the original film.

The film starts with a note saying that what we are about to see is pieced together from footage found from a group of people who went missing in the woods near Burkittsville in 2014. The film then follows James (James Allen McCune) who we soon discover is the brother of Heather from The Blair Witch Project. After someone posts some newly discovered footage found in the Blair woods of a girl running through a ruined house James comes to believe it is his sister. He decides to follow up this new lead and so has arranged to meet the guy who put up the footage and be shown where in the woods it was found. So James, his friend Ashley (Callie Hernandez) who wants to record the expedition for a project, his best friend Peter (Brandon Scott) and his girlfriend Ashley all head to the woods along with locals Lane and Talia. Predictably things soon take a turn for the doomed... 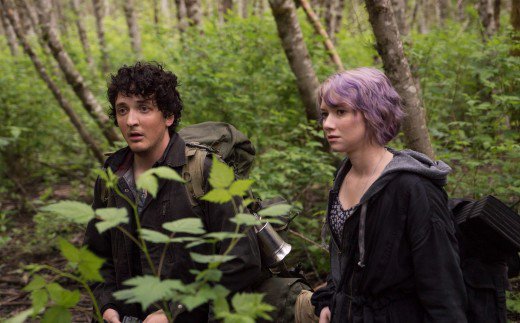 While Blair Witch is certainly not a great film I just cannot deny I had a lot of fun watching it. I in no way found this scary, but the huge grin I had plastered to my face throughout means I would be lying if I said it was terrible. Normally I have short patience for found footage but this gets a bit of a free pass. After a strong opening thirty seconds the film takes a dive into the mundane as is the way with these things. The cast are fine I guess, none really had much personality to them and compared to the first film a lot of these people seem like characters and not like real people. You have Peter who is the skeptic, Lane and Talia who are firm believers in the legend of the Blair Witch, and then the rest who just seem kind of on the fence about the whole thing. With all the effort the character of James has gone to over the years in looking for clues as to what happened to his sister it did seem a bit weird how little respect he gave to the whole mythos, but being just four years old when Heather went missing I suppose he doesn't have that strong a connection to her.

The typical day night cycle begins, as is the way the day time is the breathing moments, the night for when the terror begins. The initial night is not anything too special and I did begin to get a bit bored right up until around thirty minutes in. The whole Blair Witch series is always something that I felt excels at making you think about what is going on rather than implicitly being told. There is plenty of strong evidence to suggest what happens in the first film is not supernatural in origin at all, I loved that about that one, Book of Shadows again does this as despite what we see on screen a lot is left unknown as for that one it was set up as a re-enactment of witness testimonies. With Blair Witch what is shown is beyond doubt not something man made in origin, you actually see stuff this time around, I guess it had to be this way, another ninety minutes of people running around screaming about things seen off camera would be pretty awful viewing. Thematically the movie is a mess, by the end what we have seen is both suggested to be supernatural in origin (in the form of ghostly apparitions), as well as maybe physical in nature; a huge lumbering beast is glimpsed at many times. There is even a bizarre X-Files moment that suggests all the madness is the result of aliens! 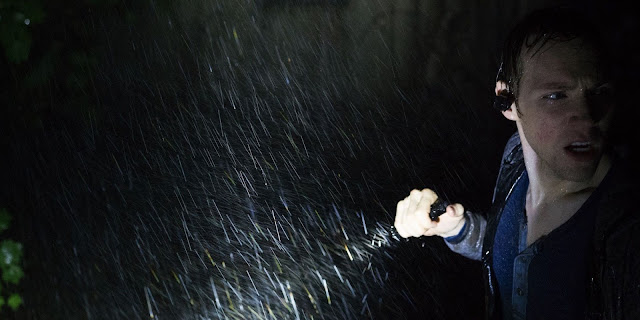 The best part of the often dire Paranormal Activity films is the final ten minutes when utter madness explodes onto the screen. Here there is a good half hour of insanity that was a thrill ride to witness. With a bigger cast there is more room for side stories to occur. Being more modern the camera equipment is far slicker and less realistic looking as a result. There are no time stamps, footage breaks and freezes but none of it looks particularly believable. A lot of the cast have ear mounted mini cameras meaning there is a much better approximation of what people are seeing. There is even a drone used for some of the footage which plays into quite a ridiculous sequence. Some great rain sequences also, I do love the rain in films. Adam Wingard who directed this stated that where the first film is about being lost in the woods this one is about being chased in the woods. A lot of this is all very predictable and for me it ended on quite an uninspiring finish, but the concept of time is a topic that I found enthralling.

The passing of time is used persistently throughout Blair Witch, one of the most interesting scenes in the film is when James and his friends meet up with the two locals in the middle of the night who only earlier that same day had split up from the others. For these two locals five whole days had passed. The implication that they had pretty much experienced what the trio in the first film had while the followed characters hadn't made my head fizz a bit. I love time travel in general but the idea that not only could whatever evil in the woods trap people there, but also make them experience time differently was fantastic. This concept is revisited at several points, for me this is what made me enjoy it all so much, quite clever at times even if occasionally it made me think of Cube 2: Hypercube. 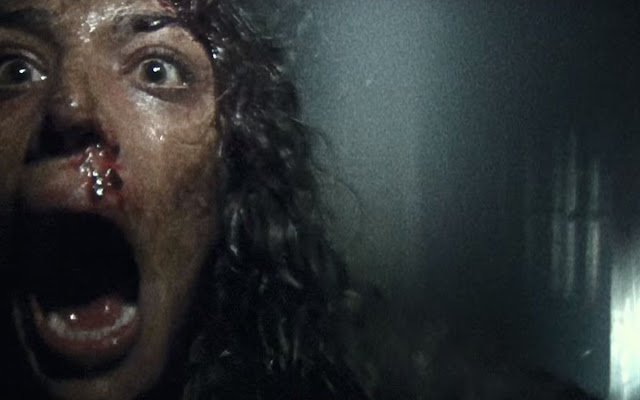 While I found this movie to be a lot of fun I do appreciate it is not for everyone, it is thematically inconsistent, the characters do not feel like real people, and there is just no way it can live up to the hype(rcube). Sadly it is also not original, or scary, I lost count of the number of jump scares, while the moments of existential dread were few and far between. There is more action and a higher body count than the original so visually it is more interesting. After hearing so many bad things about this I expected to hate this, but actually it isn't that bad, and going back to the time perception moments...they were great.

Posted by Daniel Simmonds at 14:35