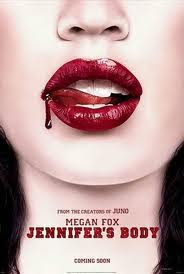 I had a call before seeing this film yesterday. It was my sisters husband, weeping and pleading he told me not to see Jennifer's Body, he said it was awful and not worth seeing even for semi-free. I considered for a bit not going to the cinema, to take his advice, but then I thought that I probably had a far better taste in films than him, so went anyway.

The film is a teen horror set in a small American Town called 'Devils Kettle'. Jennifer is an attractive popular student, while her best friend Needy (that's what it seemed her name was) is a plain looking geek with thick glasses. Jennifer convinces Needy to go along to the Towns only Club to see a band from the City as she fancies the singer. But tragedy occurs when the Club burns down, killing countless members of the small Town community. Jennifer is taken off by the creepy band in their van, leaving Needy. Jennifer later appears at Needy's house, she is covered in blood, puking up black puke, and roaring inhumanly freaking Needy out. The next day at school Jennifer is back to her old self, but too much so. While everyone is grieving over the deaths Jennifer is fine and dismisses the whole disaster. Random students start being killed and partially eaten, Needy seems to have a psychic connection to the killer who is in fact Jennifer now seemingly sharing her body with a Demon. 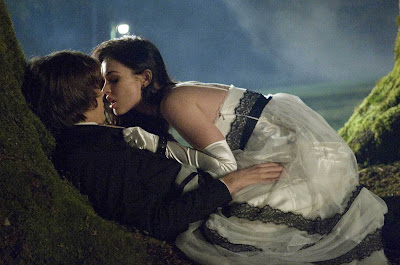 Sounds lame from my boring plot description, but in fact the film is really quite good, something that was missing from the lame trailers for the flick. It starts off at the end of the film, then recaps to a earlier time to show how things got to that point which is a plot device I absolutely love in films, and in games in fact (eg: Brothers in Arms Route to Hill 1.0). The film is quite funny in places, and while some of the jokes are really awful mostly they are hit rather than miss.

There is a bit of blood in the film, not gallons, but a nice enough amount. The soundtrack is made up of popular teen bands (I assume) such as Panic at the Disco, and Fall Out Boy and as a whole the film is geared towards the teen crowd. The characters are all good looking, especially Megan Fox playing the part of Jennifer. No nudity, but some girl on girl action for those who like that sort of thing. 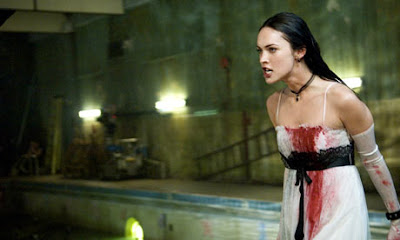 A fun, entertaining film which brought to mind The Faculty. Cool ending as well.

Posted by Daniel Simmonds at 06:18