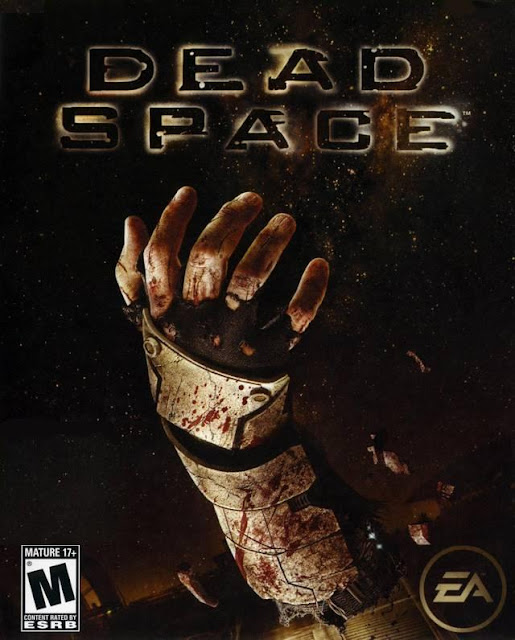 I have played through Dead Space nine frickin times now. With an average play through time of around 7 hours that is 63 hours. Most of that was cheevo mining (getting achievements). I am training myself up for one final push, to play through the game on...INSANE to get the last cheevo.

Dead Space is a very good Sci-fi survival horror set on the planet cracker class ship the Ishimura. You play as an engineer (Isaac Clarke) who responds to a distress call along with several others. The ship with its crew of 1000 is mysteriously deserted, but before long your group is attacked by a monster (called a necromorph). Your character is separated from the others and so begins your journey through hell. The ship is over-run with the deadly lethal necromorphs, from audio recordings you learn that they are in fact mutated crew members. Your mission is to find out what has happened to the ship, and to ultimately escape. 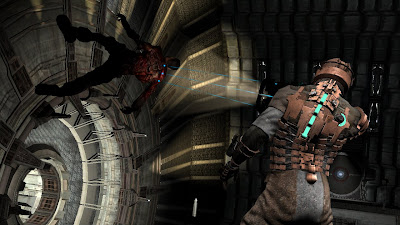 The game is split up into 12 different levels. The levels are logically placed, each being set in a different part of the ship. Nearly all the missions involve you needing to deal with an emergent disaster, from repelling a deadly meteorite shower, to stopping the spread of a poison gas through the ventilation system, one disaster after another is afflicted like the 12 plagues of Egypt. Being a engineer Isaac does not have access to guns, and instead in a unique move is equipped with engineering tools. He has effective weapons though, as the easiest way to kill the necromorphs is by dismemberment, and luckily he is mostly armed with tools fit for the job. 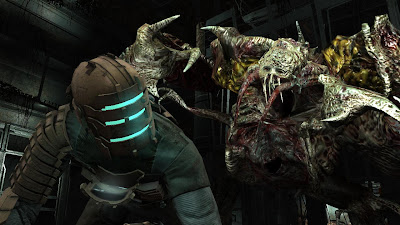 The enemies are varied, but all have a similar style to them, all mutated variations of humans with tentacles, claws, and teeth. They are persistent also, even with their arms, legs, and heads removed they will keep on coming for you. There are a few bosses throughout the game, some of these are impressive to fight, none are annoying. The games location cant help but bring back images of Alien, but the setting feels like a realistic setting in that there is everything real people would need. There are also some fab sections featuring no gravity that are fun, and also maze like due to being able to walk on any surface.

The game is not particularly scary, but is endless in the ways in which it sneaks enemies at you, so does make you jump and shoot at shadows a lot. The plot is nothing special, a few cool twists, but the main plot I already knew from watching the web comic prequel which lessened the intrigue a bit. A very good game though, and Dead Space 2 is in the works.

Posted by Daniel Simmonds at 10:02