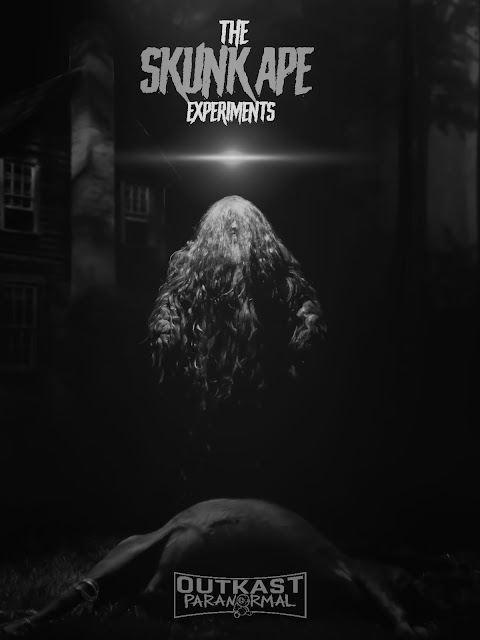 The Skunk Ape Experiments is an hour long documentary that has a bunch of bearded men on the hunt for the illusive Florida Bigfoot, also known as the skunk ape. While there was a lot going on here, there wasn't actually much explanation as to what the goal of any of this was.
A lot of my synopsis comes from the press release as having watched this I'm not much the wiser as to what it was all about. Apparently 'These investigations look into what feral beasts hide in the swamps, whether a neighbour has been "cursed" for seeing too much in the moss, and what really happened in Crowley House, a manor with a history of hauntings, UFO sightings and mysterious beasts'. In actuality the viewer is spun between the three at a dizzying rate with no explanation for what anyone is trying to achieve at any given time. 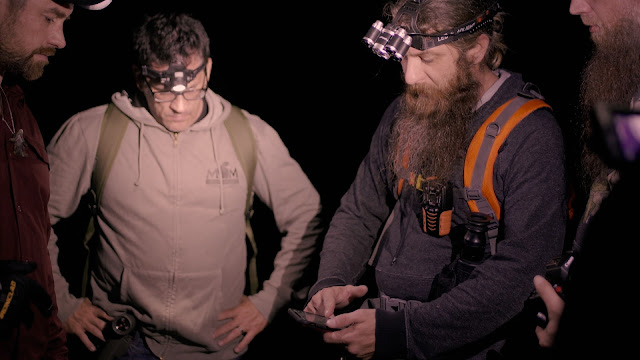 If not for the documentary's title I would have struggled to work out what this was even about. You have a group of men exploring a swamp late at night, with hopes of sighting a bigfoot. You have daytime interviews with people who swear they have had encounters with the creature, then you have a man attempting to commune with demonic forces via the use of ritualistic chanting and consuming magic mushrooms. I felt like some sort of voiceover could have cleared up some of the confusion I felt watching this. I wanted to be on board with what was happening but it was difficult when it flies around between different segments so speedily. In addition to recordings and interviews there are also recreations. Being thrown in at the deep end meant I often felt I was having to play catch up, trying to decipher what was occuring by what various people were saying.
There are a series of different experiments here but there was never much explanation. From trying to capture floating orbs, to using dowsing rods, spirit boxes, using prayer as well as bait, I couldn't really follow this. The cast all seemed into what they were doing, the people interviewed seemed convinced of what they had seen but it wasn't really effectively conveyed to the viewer. By the time the end credits rolled I didn't really know what to feel. With an hour runtime it was too short to feel boring, and I did like the live-action comic book panels that are used to transition between the various experiments going on. It always felt like prior knowledge of this part of cryptid zoology was expected. 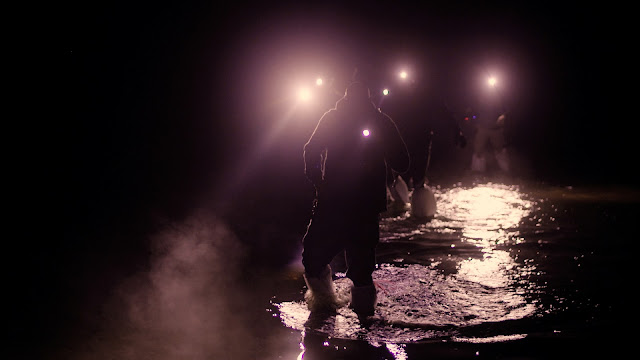 If you are after a structured and well explained documentary then you won't find that here. If you instead want to watch a group of true believers getting increasingly excited about their passion then that can be seen. With not much explanation and a lack of focus on any one experiment type I was more often than not left feeling a little lost, even if this was entertaining to see. The Skunk Ape Experiments debuts on Cable VOD and Digital HD from 1091 Pictures on August 2nd.
SCORE:

Posted by Daniel Simmonds at 10:44