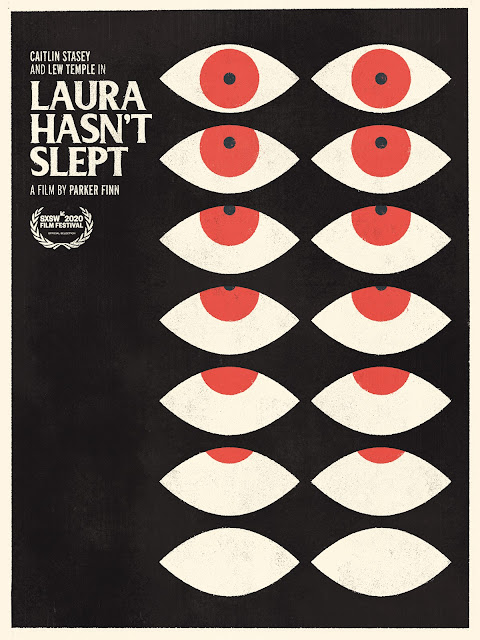 I had already planned a bit of a lazy blog weekend due to getting the latest Call of Duty game and a big Fortnite event. Then I woke up today (at the time of writing) with a stinking cold, not really surprising seeing as how my work colleagues had been dropping like flies last week (I have since discovered it is actually Covid, five days later and I still feel like trash). Despite my own self inflicted issues I had with Parker Finn's Smile, I thought it had a terrific idea behind it, knowing it had been based on a short film of the director's, I had hoped one day to see it. Well, the director has made that a lot easier by sticking the eleven minute, excellently titled Laura Hasn't Slept up on YouTube.

The titular Laura (Caitlin Stasey - Smile) has gone to her psychiatrist, Dr. Parsons (Lew Temple - Night Caller, The Devil's Rejects) to tell the man about the very disturbing recurring dream she has been having every time she goes to sleep. She dreams of a creepy man with a terrible smile who threatens to show her 'his real face'. The psychiatrist seems eager to help, but is everything as it seems? 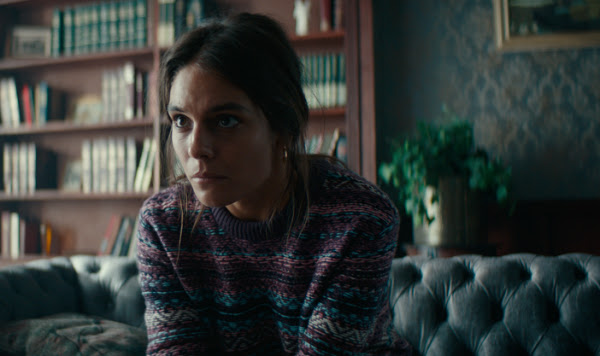 Much like I ruined Smile for myself by watching the trailers over and over, with Laura Hasn't Slept it was impossible to watch without comparing it to the later feature length film. As a short this was fine, actually, it was somewhat elevated above the usual oh so scary jump scare finish. It was certainly formulaic though, and I thought that a sequence before the end was slightly overlong. As a template for the film Smile would become, this was fascinating. You have a smiling figure with a smile that was not as pronounced as in the feature length, you have dream sequences bleeding into reality, and the general barebones of what the evil would come to be. Interestingly in terms of story, and something the director has also implied, Laura Hasn't Slept could easily be seen to be a prequel to Smile, the protagonist character shares the same name as the character that Stasey also portrayed in Smile's memorable opening section.

Going into this blind would have made this a lot more effective, again that is down to me and not to the competency of Parker Finn. With trashfires like Lights Off getting created off the basis of a short, at least with this one it led to something greater than what was an already enjoyable concept. If you liked Smile, then Laura Hasn't Slept is certainly worth checking out, if only to see the origins of a such a supremely creepy idea.

Posted by Daniel Simmonds at 05:59