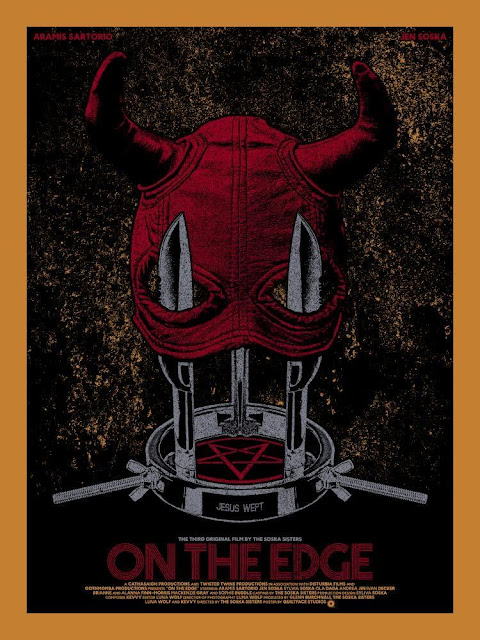 Peter (Aramis Sartorio) is a family man who tells his wife (Sylvia) that he has to go away on a business trip for a few days. We next see the skittish man at a hotel where he has booked the penthouse suite. His nerves seem well founded as when he enters the apartment he is met by a stern woman (Jen Soska) who tells the scared man to strip. It isn't long before he has been knocked out, waking to find himself tied up. The key question being, is this some suexual perversion the man wanted, or has he been blackmailed into coming to this situation. 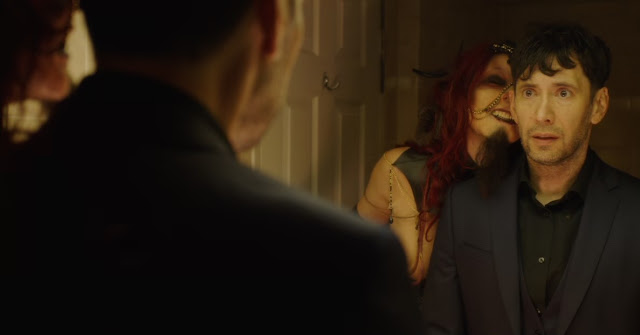 Around 95% of On the Edge takes place in the hotel room, and for a two hour film this felt very slow going. Peter spends the majority of the film completely naked and being sexually and psychologically tortured by the woman he is forced to call Mistress. For almost half the film the man is tied up, with the Mistress sexually torturing him, such as the devices she inserts in places. The trouble was that not only did this not appeal to me, but I found the length of time these scenes were dragged out to soon led to boredom. For the majority of the movie it is Peter and the Mistress as the only characters, often Peter is just babbling and crying making for a story that became a lot more abstract. The surreal nature did lead to some decent moments, such as when the maid (Andrea Jin) arrives to the room and not only seems nonplussed that Peter is locked in a cage, but also has a chilled discussion with the Mistress about how to deal with Peter's body once he has been killed. These elements work in creating a mystery for the viewer, ever unsure if this is something the rich man has signed up for or not.

Working against the notion of Peter being a good person are many indications that he may have committed a terrible crime, something that is hinted at in the many nightmare sequences Peter has. At around the midway point the man is drugged, and I have to admit I thought the effects used here were excellent, especially the trippy colours that wash over the Mistress, and her crazy looking pupils. The film became more arthouse in style as it went on, with scenes happening that don't make logical sense. At one point for instance, Peter is chained to the shower, yet suddenly he isn't, and is back to fully clothes being mentally tortured by the Mistress who is insistent she is a devil. I much preferred the more psychedelically twisted second half, but it still injects far more into scenes than was needed. There is a long scene for instance where the Mistress is dancing for a good few minutes. I took to skipping forward some of the later scenes only in order to speed them up. A knock at the door took Peter far too long to answer, as one example. 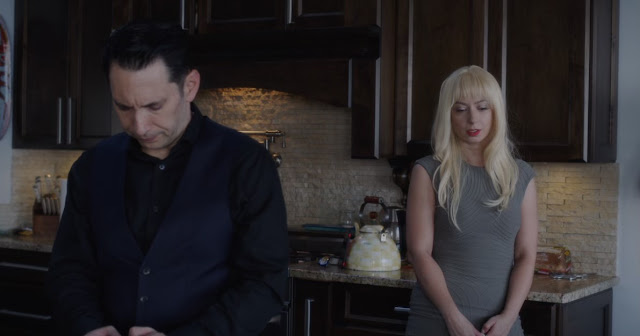 A lot of the themes in On the Edge went over my head. Going back to the press release, it states 'A brilliant depiction of how Kink Culture can heal past trauma and be a source for shocking redemption'. Did I infer that from the movie? Nope, went past me. I was left waiting for some sort of payoff that would explain the film which had occurred, but that never came. When the end credits appeared I was more relieved than satisfied. Now I realise this film was never going to appeal to me, and I did appreciate some of the cool visual effects, but overall, I found the movie to be a bit exhausting. On the Edge had its Australian premiere at Cinema Nova in Melbourne recently, and will be showing at venues in Brisbane, Sydney, Perth and Adelaide on December 9th.

Posted by Daniel Simmonds at 02:23