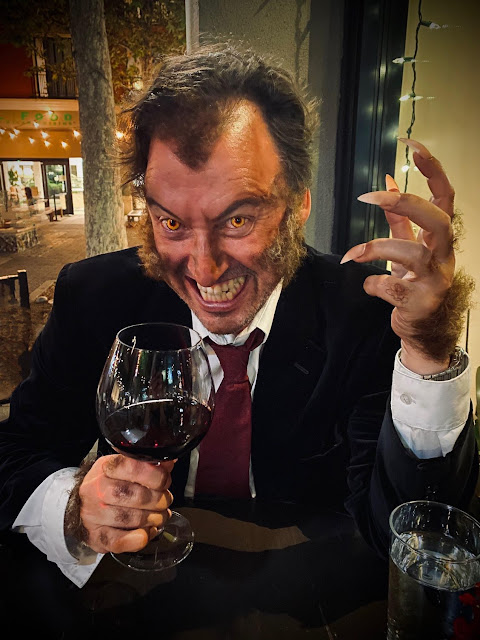 I'm approaching the end of my week off of work (at the time of writing), a week in which I certainly had fun, but felt I could have achieved more than what I did. I did play through some horror games at the very least, as well as got addicted to The Good Place, a show I had been meaning to watch for ages.

Gothic/occult wave Russian duo, Raven Said have released a new EP titled Chants to Dissolve, which is available on CD and digital formats (via Bandcamp). The press release states the EP is '...about the spiritual essence that represents a certain alchemical phase of Solve' whatever that means. The press release is also keen to state that this Russian duo are '...very much against the war in Ukraine'.

I had to mention upcoming feature film, Wolf Story for that cover image alone. The film has gone into post production with principal photography completed. The story has been described as a spin on a typical rom-com, with a college professor who accidentally becomes a werewolf, and then uses his new powers to stop an evil occultist plot. This stars Daedalus Howell, who also wrote and directed this, also in the cast are Emily Maya Keyishian, Mark P. Robinson and Alia Beeton.
Classic horror RPG Cursed Mansion has had a release date of Friday 13th of January 2023 announced. Alongside this news was a new trailer for the game
Finally for today, Bridgehurst Asylum for the Sane was released on Blu-ray on November 22nd. This takes place during the Spanish Flu epidemic of 1919 and finds a young woman who is wrongfully sent to an asylum that is run by corrupt owners. This comes from Bayview Entertainment.
Posted by Daniel Simmonds at 02:24