The Rotting Zombie's Round-up of Horror News for November 2022 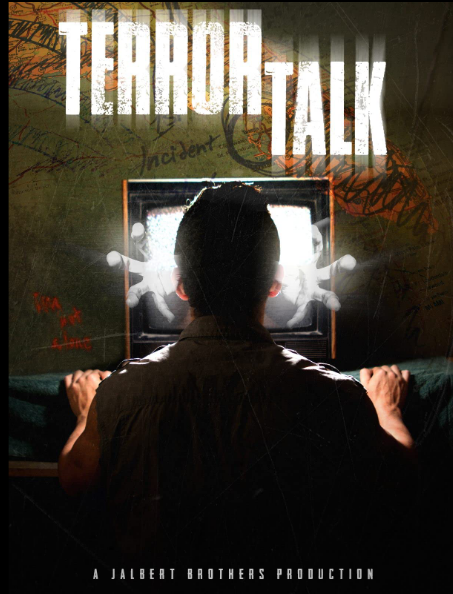 It is that time of the month again where I splurge out all the news I currently have sitting in my inbox. I have an admission to make, despite Halloween being my favourite horror franchise, I never actually saw Halloween Ends at my local cinema. My lame reason is that the cinema had recently started charging to use their car park on top of the ticket price, and so I had refused to visit. As soon as it is available to watch anywhere I will check it out, as I did love Halloween Kills.
Meanwhile on Netflix I have been watching the excellent Sandman, and have recently gotten into Wednesday, the Addams Family spin-off I never knew I needed.

Twin films Panic and Convulsion are sci-fi thrillers that were created in an experimental fashion. Both films use mostly the exact same script to make two different films using different actors in the lead. Saint Heart and Shane Ryan-Reid star in Panic, with Leonard Zhang and Jose Adam Alvarez in Convulsion. Supporting actors in both films include Chris Spinelli, Nicole D'Angelo, Johnny Mask and Lisa London, and the films were directed by Gregory Hatanaka.

Candy Land is to open the 20th edition of the New York City Horror Film Festival that is taking place December 1st to 4th. This horror thriller follows a cult member named Remy who befriends a group of truck stop sex workers. This has been described as 'a psycho slasher that asks us to reevaluate the concepts of what denotes good and evil through a surprising barrage of sex and violence'.
Terror Talk is now available to watch for free on YouTube over Christmas. This horror from the Jalbert Brothers is about a viral outbreak that leads to a doomsday prepper retreating to his house. Trapped inside, he soon discovers the place is haunted. I gave the film an always respectable seven out of ten, saying 'I liked how open ended the plot was, with it kept unclear for a long time just what is going on'. Its tale of a man in lockdown was a few years ahead of its time, a film that would probably resonate more nowadays than it did back in 2018.
Mario Cerrito's Human Hibachi 2: Feast in the Forest has signed a deal with Troma Entertainment, it will be joining Human Hibachi on its Troma Now streaming service. Here, in the deep woods, a family of cannibals have become obsessed with the found footage that made up the first film, and are on a mission to locate the two survivors of the ordeal.
The Last Slay Ride comes to Blu-ray on December 13th from VIPCO and Bayview Entertainment. This Christmas themed horror comedy stars Elissa Dowling (Girl on The Third Floor) and Eileen Dietz (The Exorcist) and is about a group of indie filmmakers who find themselves up against vampires while attempting to get revenge on a corrupt distributor.
Finally, there is news that female horror filmmaker Megan Tremethick has had a very successful Kickstarter used to fund creating a short film production of H.P Lovecraft's The Haunter of the Dark. The first time horror filmmaker had her funding goal achieved within twenty four hours, and achieved over 500% of her goal in six days. Starring Gordon Holliday, this is about a man who finds himself exploring a church tower in the dead of night, a place where he encounters a cursed entity.
The Kickstarter success has led to an additional campaign for a second short film titled Revenge of Innsmouth. This one is to be a dystopian horror set in the future, about the oppressed inhabitants of Innsmouth hoping to fight back against their human oppressors. To check out The Haunter of the Dark campaign head here.
Posted by Daniel Simmonds at 10:17